The Shrine of Our Lady of Aparecida The Shrine of Our Lady of Aparecida, the largest shrine in the world dedicated to Mary, Mother of God, located in the Valley Paraiba, within the Rio – São Paulo – Minas Gerais triangle, and between the two most important cities in the Southeast, São Paulo and Rio de Janeiro. Through this valley runs a river named Paraiba, which served as the stage for the appearance of a devotion that unites all of Brazil.

Today, the Sanctuary is a strong evangelizing center entrusted to the apostolic zeal of the Redemptorist Missionaries, responsible for the pastoral and management, in service to pilgrims who come from all parts of the country and abroad since 1894.

Three Popes visited the National Shrine: John Paul II, in 1980; Pope Benedict XVI, in May 2007, when he opened the V Latin American Episcopal Conference and the Caribbean; and Pope Francis, on July 24, 2013, during the World Youth Day. 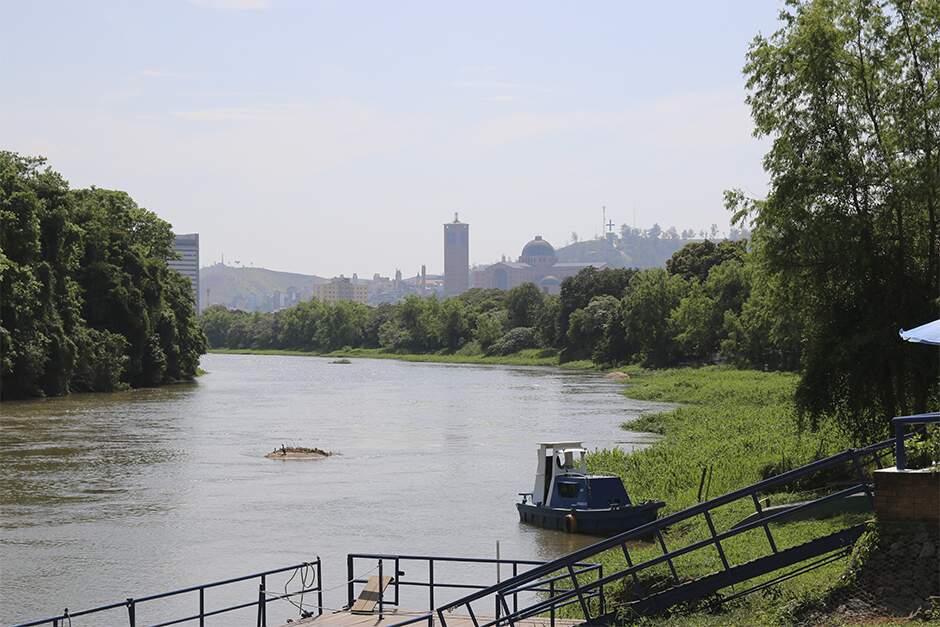 After the meeting, the Statue of Our Lady Aparecida sojourned, between 1717 and 1732, at stoppages of Ribeirão do Sá, Ponte Alta and Itaguassu, guarded in the houses of fishermen. In 1732, Filipe Pedroso, one of the fishermen present at the encounter with the Statue, handed it to his son Athanasius, who built the first chapel open to the public. In that chapel the Miracle of the Candles happened, which further stimulated expansion of the cult of Our Lady of Aparecida. With increasing devotion, Father José Alves Vilela, then vicar of Guaratinguetá, provided approval for the construction of the first temple in honor of Mother Aparecida.

The first church was built in 1745 on the Morro dos Coqueiros (“Coconut Trees Hill”), now Our Lady Aparecida Square, who has welcomed crowds during 145 years (1745-1888). It was made of rammed earth and mortar. The second church, being an addition to the first, was inaugurated on July 24, 1888. The current Mother Basilica, popularly known as Old Basilica, welcomes crowds even today. In baroque style, it was declared a monument of historical, religious and architectural importance on April 8, 1982. In 2015, it was reopened after complete restoration.

CONSTRUCTION OF THE NEW BASILICA
On 10 September 1946, its cornerstone was laid in the place known as Morro das Pitas (“Pitas Hill”), where today is the National Shrine.

Earthworks took place from September 7, 1952, but the actual start of construction took place on November 11, 1955, with the concreting of the north wing columns.

Religious activities in the Sanctuary, ultimately, have been held from October 3, 1982, when the Statue was moved from the Old to the New Basilica.

In 1980, the New Basilica, the largest Marian Shrine in the world, was consecrated by Pope John Paul II, who granted it the title Minor Basilica. In 1983, the National Conference of Bishops of Brazil – CNBB – officially declared the Aparecida Basilica as a National Shrine.

Construction of the Brasilia Tower, 1959

FROM BASILICA TO SHRINE
Since its inception, the construction of the Sanctuary has been maintained exclusively with donations from devotees of the Virgin Aparecida. It is worth remembering, for a debt of gratitude, that the metal structure of the Brasília Tower and the construction of the Passarela da Fé (“Faith Catwalk”) (which connects the New to the Old Basilica) were sponsored by the Federal Government, through Presidents Juscelino Kubitschek de Oliveira and Emílio Garrastazu Medici.

Don Carlos Carmelo de Vasconcelos Mota was responsible for the start of construction of the National Shrine (1952 - 1978), with the administration of the Redemptorist Missionaries. Noteworthy is the participation of Assistant Bishop Don Antônio Ferreira de Macedo, C.Ss.R. (Congregation of the Most Holy Redeemer) and also the remarkable work done by Father Noé Sotillo, C.Ss.R., from 1968 to 1988.

The interior trim of the Sanctuary, the granite floor and the works of art in tiles began in 2000, and Archbishop Don Aloísio Lorscheider, OFM, and sacrum artist Cláudio Pastro, always under the coordination of the Redemptorist Missionaries.

All the interior trim is expected to be completed by the year 2017, when the Great Jubilee of the 300th anniversary of the encounter with the Aparecida Statue will be celebrated (1717-2017).